The best of both worlds

When a young couple wanted a design that was both practical for a growing family and eco-friendly, they turned to Gallery Living for help with building their ideal home 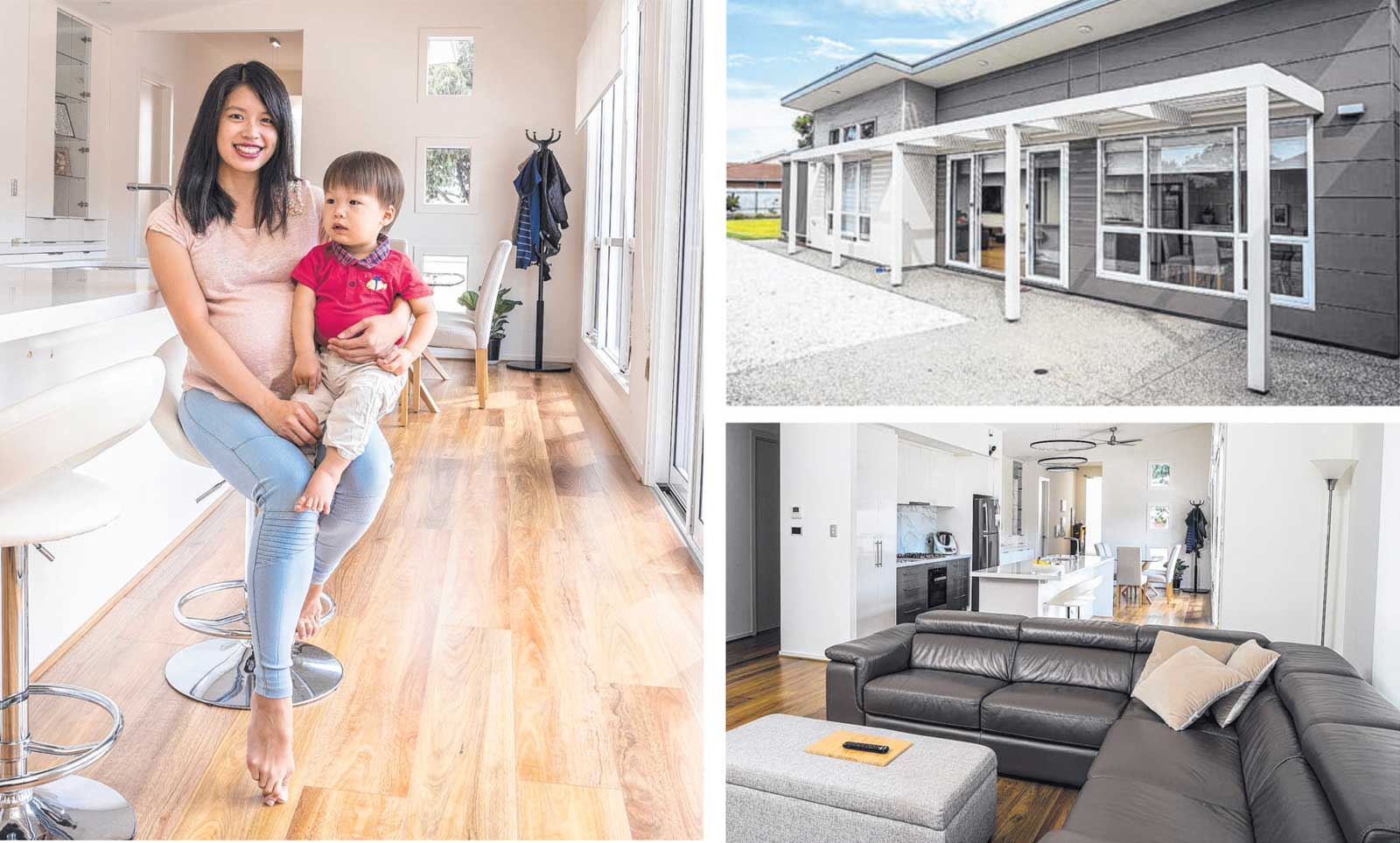 Lofty feel: The highest point of the Picasso 250 raked ceiling is 3.6m, which amplifies the natural light in the home and increases the feeling of spaciousness.

Environmental edge: An em-friendly home not only ensures you're doing your bit for the environment. it also means the ability to cut costs on energy bills - which can be as simple as thinking about which way your home faces.

Nice 'n' bright: Large windows and sliding doors. plus well-placed feature windows near the dining room, allow natural light to flood through the home creating a warm and inviting home.

Cut costs: Yvonne says using hebel and hardywood plants instead of bricks "saved us quite a substantial amount in footings during the build process".

When Yvonne Tee and Wei Yang Ng planned to build their first home, they had a list of requirements they wanted their design to meet: an open concept to allow for their growing family, a design that was practical and simultaneously as eco-friendly as possible. Sifting through various builders, the northern suburbs couple decided to visit Gallery Living's displays after a friend shared his positive experience with the builder.

Drawn to the Picasso 250, the couple initially wanted to make drastic changes in order to meet their requirements, before realising the design's simplicity was what made it such a standout. "As novice homeowners, we did try to make radical changes to the design but soon realised the builder's plan had a practical simplicity that was difficult to match," Yvonne says.

"However, we worked closely with the builder to tweak the design slightly by changing the location of the study, the alfresco and laundry rooms, and a garage notch extension for motorcycle parking." The family of five, with son Edric, recent addition Henry and tabby cat Tango, fell in love with the seamless mix of contemporary architecture with an eco-friendly design. "The main highlight was the raked ceiling which allowed plenty of natural light indoors, and our plot suited this with its north-sided placement of windows and glass sliding doors," Yvonne says.

Designed for a traditional -sized allotment , sitting 14.3m wide, the four-bedroom home makes the most of the space available. The concealed front entry leads into a foyer, with a lounge tucked at the front of the home along with the master suite, which features an ensuite with a lavish double shower.

Walking down from the foyer, the home expands to reveal the dining, kitchen and living area, a functional open plan space with raked ceilings and an abundance of natural light. The inclusion of sliding doors opposite the kitchen and off the lounge area allow the space to be completely opened out - ideal for entertaining and making the home feel even more spacious.

A hidden hallway behind the living area reveals the three remaining bedrooms, nestled around the laundry and bathroom, complete with a double shower, a bath, a separate vanity and a toilet. With a build process of nine months, the couple was able to move into their new home just before Edric was born.

"The original handover date was March 2016 and the final handover was early June 2016 due to some complications during the build out of the builder's control," Yvonne says. "(Gallery Living) was very flexible and accommodating to our questions and requests." Despite the delayed final handover, Yvonne says as far as first builds go they couldn't be happier, and have now lived in their home for just over two years.

"It's a very simple and comfortable home; it has a bit of a resort feel to it because of the high raked ceilings and large sliding doors," she says. "We also get compliments about the house, which is nice!" The couple says their home is great for entertaining, with sliding doors from the lounge area opening to an alfresco which overlooks the manicured backyard.

"Since moving in, we have hosted a number of guests - the open concept allows up to a dozen people in the house as we use the dining, kitchen and living areas at the same time," Yvonne says. "We also have a barbecue set on the alfresco area, a must for parties!"

Given the chance to build again, Yvonne says there's a few minor details they would change but in terms of a first build they couldn't be happier with the result. "Our son loves to go out to the garden for walks and just explore the area. We have planted fruit trees and have a vegetable patch to grow our own vegies," she says.

"We are happy with how the house turned out - it is perfect as it is for now."

Find out more about the Picasso 250 (South) 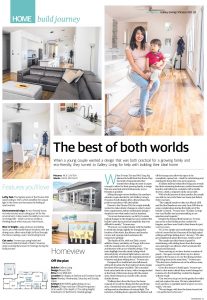